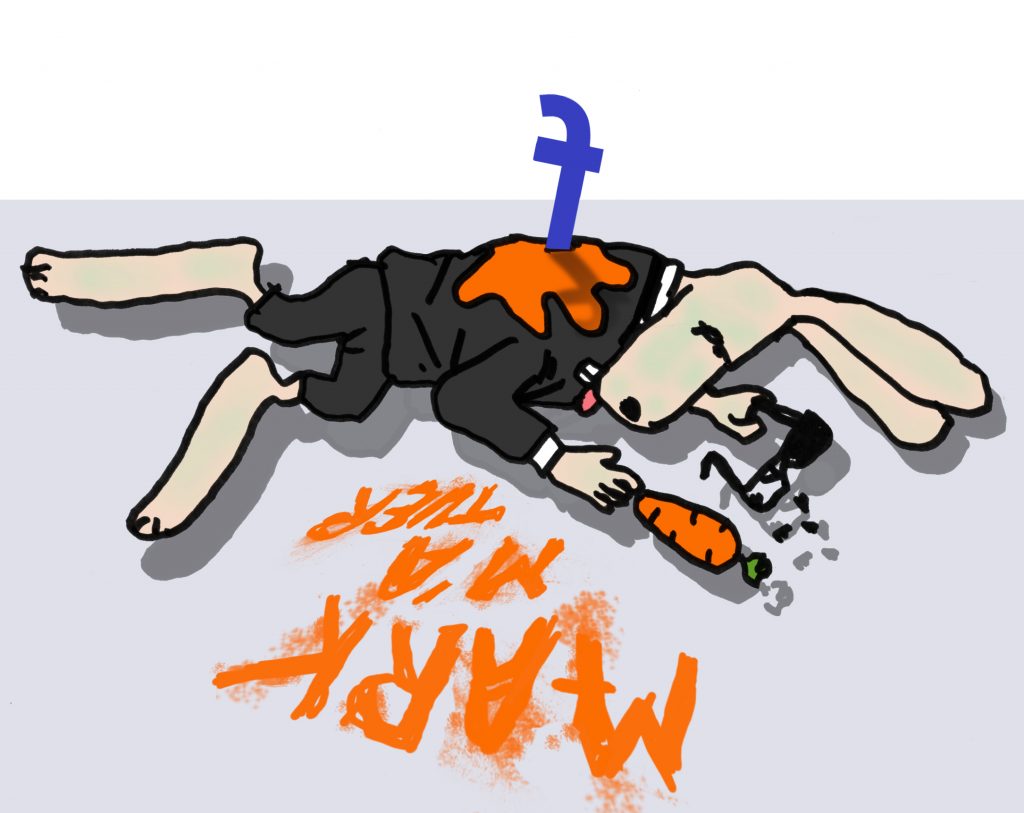 GrandLapin was first mentioned in about 2002, as the virtual father of two fictional rabbits, P’titLapin and ToutP’titLapin, and the author of a martial arts meditation method published in a limited edition. After a long period of silence and apparent inactivity, he definitely settled in the Internet where he now lives and works. He first appeared on Facebook on the 15 of December 2009, where he has grown almost totally independent. His works are eclectic and often unpredictable. On the 6 of December 2016, Mark Z. expelled him for the second and presumably the last time from his f***book paradise.
GrandLapin’s favorite occupation seems to consist in just being everywhere, wearing his pair of Ray-Ban Wayfarer in any circumstances. When he is not busy traveling around the (Google) globe, he likes to share his feelings with his imaginary friends, by posting all sorts of recent or recycled art in the imaginary world of Internet.
His recent works shown in online exhibitions include GrandLapin’s First Cathedral of Digital Misery – Exhibition WrongGridPavilion at FrancoGrid curated by Ellectra Radikal & Frère Reinert for The Wrong – New Digital Art Biennale 2015-2016, GrandLapin was in the Void, for « The Wrong », Beautiful Interfaces, pavillion curated by Miyö Van Stenis, 2013 ;  Δανάη, for « Computers and Capital: The Rise of Digital Currency », curated by Eric Rzepka, Vancouver, 2014; Walking a line on (Google) Earth, for « Net-Recycling », curated by Matthieu Delourme, Hangzhou, 2013, and GrandLapin Tropical à Paris, for « BYOB Tropical Paris », curated by Miyö Van Stenis, Paris, 2014.